Growing up, I had a pretty poor taste in music. I enjoyed whatever pop drivel was popular right around 2000/2001. Music didn’t play a huge role in my life at the time; it was more or less just another form of entertainment, much like TV.

That all changed, though. When I was a teenager I decided to learn to play guitar. I was admittedly terrible at it but enjoyed it all the same (yet, I still ended up eventually switching over to the bass, but I digress). Learning an instrument lead me to decide that I needed to listen to more music to become a better “aspiring” musician.

I gradually discovered different genres of rock, from the classics (Zeppelin, Floyd, The Beatles, the Stones) to alternative (U2, Coldplay, Radiohead) to everything in between. Grunge was probably one of my favorites as a teenager. Something about it just appealed to me—maybe the lyrics as I was a typical moody teenager?

Whenever someone thinks grunge, they think Nirvana. They were the biggest band of the era and probably one of the most popular bands ever. Now, I listened to Nirvana plenty, but I just didn’t connect with them on the same level I did with two other bands from that era: Soundgarden and Pearl Jam.

Soundgarden fascinated me because the things that Chris Cornell could do vocally was just insane—I had never before heard someone with such crazy range. Pearl Jam’s lyrical and musical qualities astounded me–and Eddie Vedder’s interesting vocals certainly helped things. Both bands stayed in my CD player for weeks at a time in 2005/2006. Pearl Jam’s self-titled 2006 album might not have received the acclaim their earlier albums did, but 17 year old me LOVED that album. I decided that I needed to see those bands in concert at least once–they were on my bucket list.

Of course, Soundgarden at the time had long since broken up. But then they got back together in 2010 and suddenly I had the chance to see them live in concert. I also wanted to see Stone Temple Pilots when I heard that they, too, had finally reunited.

I never got to see STP before Scott Weiland’s death in 2015 and I definitely regret that. But I did get to see Pearl Jam on my 26th birthday in 2014, which was a special experience. Despite being way up in the stands, they put on an incredible show and it was awesome to take in that experience with my oldest brother.

I still hadn’t seen Soundgarden, though–and despite no longer being “into” them, I still wanted to. Then I heard a few months ago that Soundgarden was playing Detroit in May. My niece had recently started listening to Audioslave, Temple of the Dog, Chris Cornell’s solo stuff and Soundgarden, and she, too, immediately connected with Chris and his music, much in the same way I did all those years ago. My niece and I excitedly purchased tickets and already thought ahead to seeing Chris the next time he toured solo.

Wednesday, May 17, 2017 finally arrived. Soundgarden’s sold out show at Fox Theatre in Detroit was the first concert of our “summer” of concerts. I listened to Soundgarden’s albums for most of the day, for the first time in probably a decade. My niece and I were both incredibly excited about the show to come.

Wednesday night’s show reminded me why I loved Soundgarden’s music so much. I hadn’t listened to them extensively for many years, but that concert, that music, it was so electric. I go to a lot of concerts, but very few move me in the way that theirs did–especially considering I was way up in the stands and not in the Pit. That’s how magnetic Chris Cornell was as a singer, songwriter, and rock frontman. His energy transcended from the Pit all the way up to the balcony seats and electrified the building.

Picture taken during the May 17, 2017 Soundgarden show at Fox Theatre in Detroit.

Soundgarden played a roughly 2 hour set of 19 songs—more than previous shows, from what I could tell. Chris himself praised the Detroit crowd multiple times. When he wasn’t playing guitar, he was all over the stage, going to the front of the stage and high fiving or fist bumping fans. He never slurred his words, didn’t screw up lyrics (that I could tell) and genuinely seemed very into the show. Chris high fiving some fans in the audience.

I mention all of this to disagree with some accounts I’ve heard from other fans at the show. These fans claimed that there were “signs” that something was wrong. I saw none and I’ve been at concerts with impaired singers before, so I know the signs. Many other fans at the show didn’t see any signs, either. I think it may be a case of people looking for signs after the fact to try and justify/come to terms with what happened. I don’t think there were any.

My niece and I were ridiculously happy after the show and excited for the next time we could see Chris or Soundgarden in concert. We drove home and didn’t get back until around 1:20am—which I now know that Chris died before we even got home from seeing his last concert, less than 2 hours earlier. Unbelievable.

I stayed up that night until 3am, riding a post-concert buzz and thinking ahead to our next concert in a few weeks in Pittsburgh. My mom called me at 6:15am and told me she saw a breaking news alert from CNN on her phone that Chris Cornell had died. I thought it was a case of her simply being mistaken, maybe seeing news of someone else and thinking it was the same singer we had just seen perform live.

Still, I wanted to make sure. I quickly went to TMZ’s website and saw nothing. Relief washed over me. TMZ always tends to be first in reporting celebrity deaths, so I figured that if Chris had really passed away it would be on TMZ. Just to be safe, I headed to CNN’s website and didn’t see it in their top headlines, either. Then I scrolled down the page and saw the article about his passing.

At first, when I saw that news, I still didn’t believe it and briefly thought it was a celebrity death hoax. We had just seen him play a show less than 7 hours earlier! It didn’t seem possible. I went on Twitter and quickly saw the flood of posts and realized that he really did pass away.

Days later, it still doesn’t seem real. I know this sounds crazy to some, but Chris’ music actually touched me on a personal level, so losing him is unbelievably sad. People were sad when David Bowie died, when Prince died, when George Michael died, and as a music fan I sympathized with them but wasn’t effected on a personal level by those deaths because I wasn’t a huge fan of their music (great as it was).

Chris Cornell’s death, however, did effect me on a personal level. There’s an excellent quote someone posted on one of the many tribute posts to Chris that perfectly explains why fans grieve when a famous musician that they technically didn’t “know” passes away: Chris Cornell not only made great music with Soundgarden, but also with Temple of the Dog, Audioslave, and in his solo career. I listened to his music in each of these projects and really connected with it on many levels. His second solo album, “Carry On”, in particular, was a constant in my CD player and on my iPod during my freshman year of college—a year that was a huge adjustment for me coming from being privately homeschooled to being around hundreds of adults every day. Lyrically and vocally he resonated with me in a way that few artists do.

Appreciate The Music And Artists While They’re Still Here

Even if you didn’t connect with Chris Cornell’s music, there’s still something to take away from this tragedy. This tragedy should serve as a reminder of the fragility of life and how you should make every effort to see your favorite artists in concert while they are still touring. You never know when something might happen and you don’t want to have that regret of not seeing them in concert that I’m sure fans of Bowie, Prince, George Michael, Lemmy, and now Chris, have.

The other thing to take away is to appreciate what you have while you still have it. I see many fans going online complaining about once great acts not playing their live shows as well as they used to. Heck, some people outside of the Soundgarden concert Wednesday night were complaining about the band (not Chris) not being “into” it and how it wasn’t as good as their shows during the 90s. I was annoyed about those complaints at the time and am even more annoyed now. At least Soundgarden got back together and were still touring. At least these other artists are still around to tour and appreciate. I’m going to venture a guess that Bowie fans would do anything to have him even play one more “lackluster” concert.

There’s two things these “fans” need to realize: 1) You shouldn’t compare the concert you’re experiencing to past experiences. You should live in the present moment and enjoy it for what it is. And 2) Artists age and sometimes they can’t do what they used to do. Accept it and just appreciate the fact that you can still see them in concert.

I know one thing, though: even though the last concert ended up being historic for a tragic reason, I am grateful to have seen two of the best grunge bands ever, Pearl Jam and Soundgarden, in concert.

R.I.P. Chris Cornell and thank you for your contributions to the music business and for inspiring millions of people. You’ve been a voice, a rock, a teacher, a leader, and we’re all luckier for having experienced the gift of your music. Framed tickets from two of my favorite concerts I’ve attended.

Michelle Carvo is a lead Project Manager and Technical SEO Manager with a Bachelor of Science in Computer Information Systems. 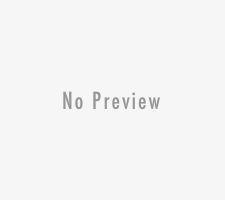